Baltimore was founded in 1729. It is the largest city in Maryland and the 24th largest city in the United States. This city is often referred to as Baltimore City to avoid confusion with the nearby Baltimore County. It is proud to be the second largest dockyard in the East Coast. As of July 2012, its population is currently 621,342 an increase of 1,100 residents from the previous year while the metropolitan area has 2.7 million inhabitants as of 2010. 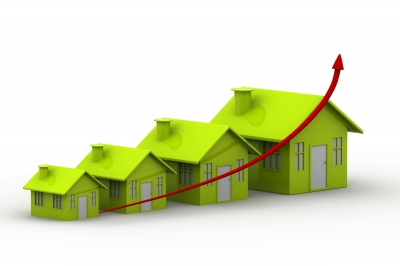 Industry Driven
The most popular professions in Baltimore are those in the fields of math, technology, science and engineering ranking 8th out of a hundred STEM jobs in a metropolitan area.
The STEM job opportunities here attract people to work here and eventually move in to this city.  Aside from jobs, the arts and culture have also lured tourists from within the country and outside to its shores. It is a fact that tourists can and may possibly move in to a new place, especially if they like the city and what it offers.

Business or Pleasure
Traveling to the independent city may either be for work, a change of scenery or for personal reasons. Whatever the reason may be, Baltimore has so much to offer.
If you’re into nature, it is proud of its 4,900 acres of parkland and has been awarded the 21st Best Park System out of the 52 states.
Is history your cup of tea? Well, there are 72 designated historical districts here and are occupied by traditional ethnic groups. The Washington Monument here predates the once in Washington D.C. by several decades. It is situated on top of a hill in an urban square from the 19th century. If you love Chinese food, you may want to dine at the only Chinese restaurant in its Chinatown. The only surviving vessel in Pearl Harbor after the Japanese attack can be found in Baltimore Harbor. These are just a few of what’s in store for you in the beautiful independent city.

Change of Address
According to the Baltimore Sun, there are 10 Hottest Neighborhoods for 2013. Here are some places you might want to consider when seeking for homes for sale in Baltimore.
Leading the pack is Hampden’s community which shows a 4.2 increase over 12 months. Locust Point and Highlandtown are both forecasted to increase by 4.1. Washington Village, Mt. Vernon and Remington at 3.3 increase in real estate.

Baltimore Housing Market
Baltimore housing is defined as the property (land and structure), vegetation or natural resources which are to be sold or rented. If the property to be acquired is meant for dwelling purposes, then this is referred to as Residential Real Estate. Most people search the internet for homes for sale in Baltimore area, particularly those areas close to work or other amenities such as school, mall, public transport and so on.
Tenureship is a factor considered when acquiring a property. Tenants cannot be told to leave without prior notice because a sale has been made. Check with the Baltimore real estate agencies which properties have clean titles or occupants who have reached the specified time before termination of tenure. Properties which are multi-residential, such as condominiums, have 2 types of tenureship perpetual (lifetime) or a 99-year tenureship clarify this before purchasing a unit if you’d like to pass it on from one generation to another.